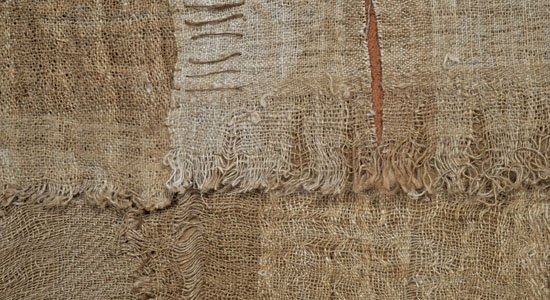 Susie Gillespie’s weavings contain many influences besides those of ancient textiles that have survived the millennia. The artist writes that she finds “beauty in the ruins of what once must have been new: the patterns in damp and crumbling plaster; the remains of paint on decayed wood; rotting bark; broken carvings; fallen monoliths. Some of these I express in broken borders, insets and slits; twining and wrapping; weaves of herringbone and twill; mends, darns, fraying; drawn threads and slits.” She seeks to reinvent the past to some extent, “Despite my weaving having roots in the past, I look forward to a future where we do not discard things because they are worn out or outmoded. Out of decay and disintegration I wish to express a sense of renewal.” 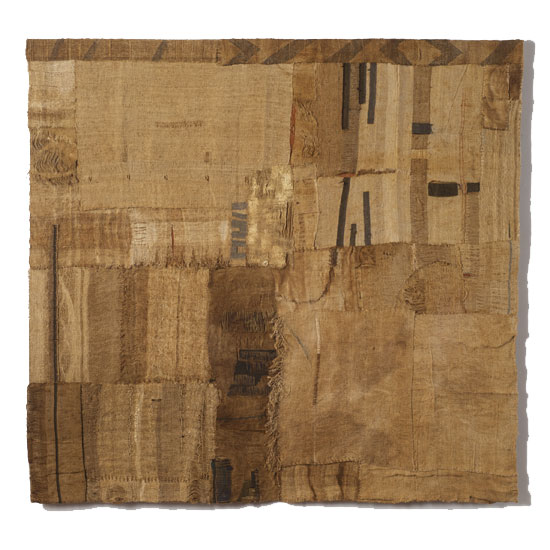