Home / Exhibitions / Museums / Travel / Uncategorized / Art Out and About: Abroad

Art Out and About: Abroad

From the 11th International Shibori Symposium in Japan to Metamorfizm Magdalena Abakanowicz in Poland, these international summer exhibitions are not to be missed:

The 11th International Shibori Symposium will take place throughout June and July in three separate, yet connected regions of Japan: Tokyo, Nagoya, Yonezawa and Yamagata. The symposium will explore the regions shared legacies of craft and local industry revolving around Safflower, Indigo and Shibori. In addition to workshops and demonstrations, the symposium specially organized ten exhibitions chronicling the history and future of shibori. browngrotta arts artist Carolina Yrarrázaval’s work has been selected to be a part of International Contemporary Art of Shibori at the Tama Art University Museum in Tokyo (July 1 – August 19). This year’s topics of discussion include local industry, technology and tradition, global trade and material transformation. “Local industries create foundations for the community and environment which we build textile practices,” explains the World Shibori Network by “emphasizing sustainability, regional history and people and their skills, we showcase the enduring legacy of artisans and craftspeople who support traditions and inspire future generations.” For more information on the 11th International Shibori Symposium click HERE. 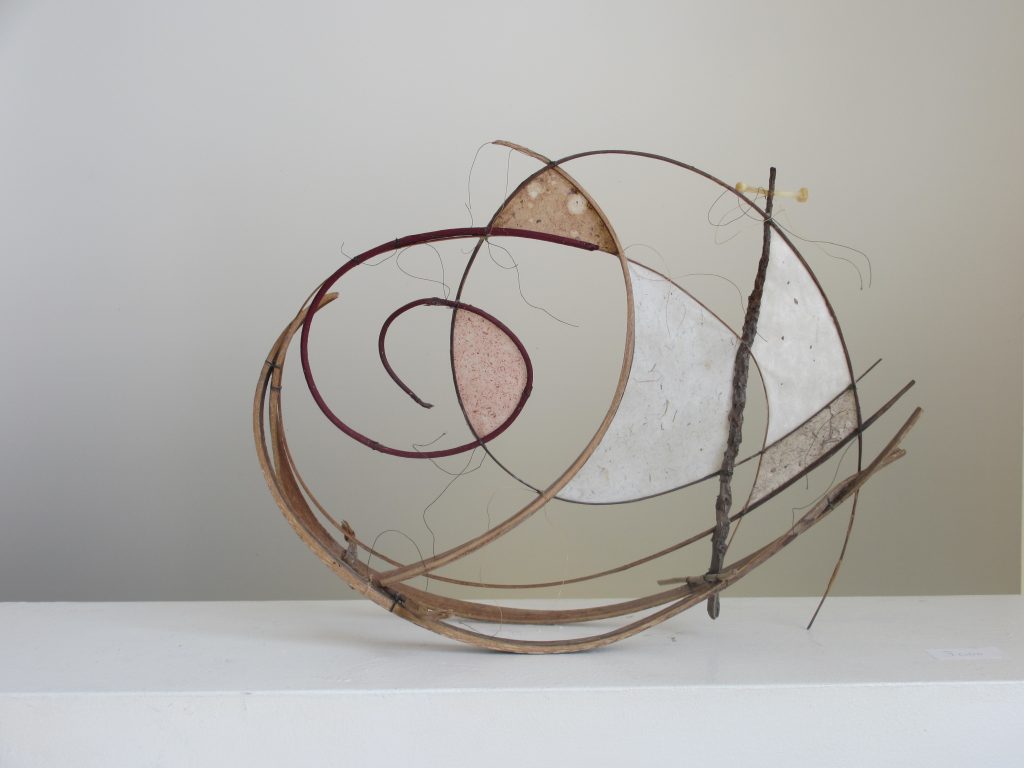 In Denmark, Jane Balsgaard has a new solo exhibition at Kunsthuset Palæfløjen. The exhibition’s theme revolves around the ship as an artifact with free interpretation of ships, the sea and waves. SKIBET OG BØLGEN highlights Balsgaard’s unique technique and impeccable craftsmanship. Balsgaard’s use of natural materials, such as handmade paper and found objects has made her a pioneer in the Danish Art Scene. In addition to displaying many of Balsgaard’s pieces, there is also a documentary by Torben Glarbo, in which you can see the production Silent Flight, Balsgaards installation in the Manchester Airport.SKIBET OG BØLGEN will run through June 24th, for more information on this exhibition click HERE. 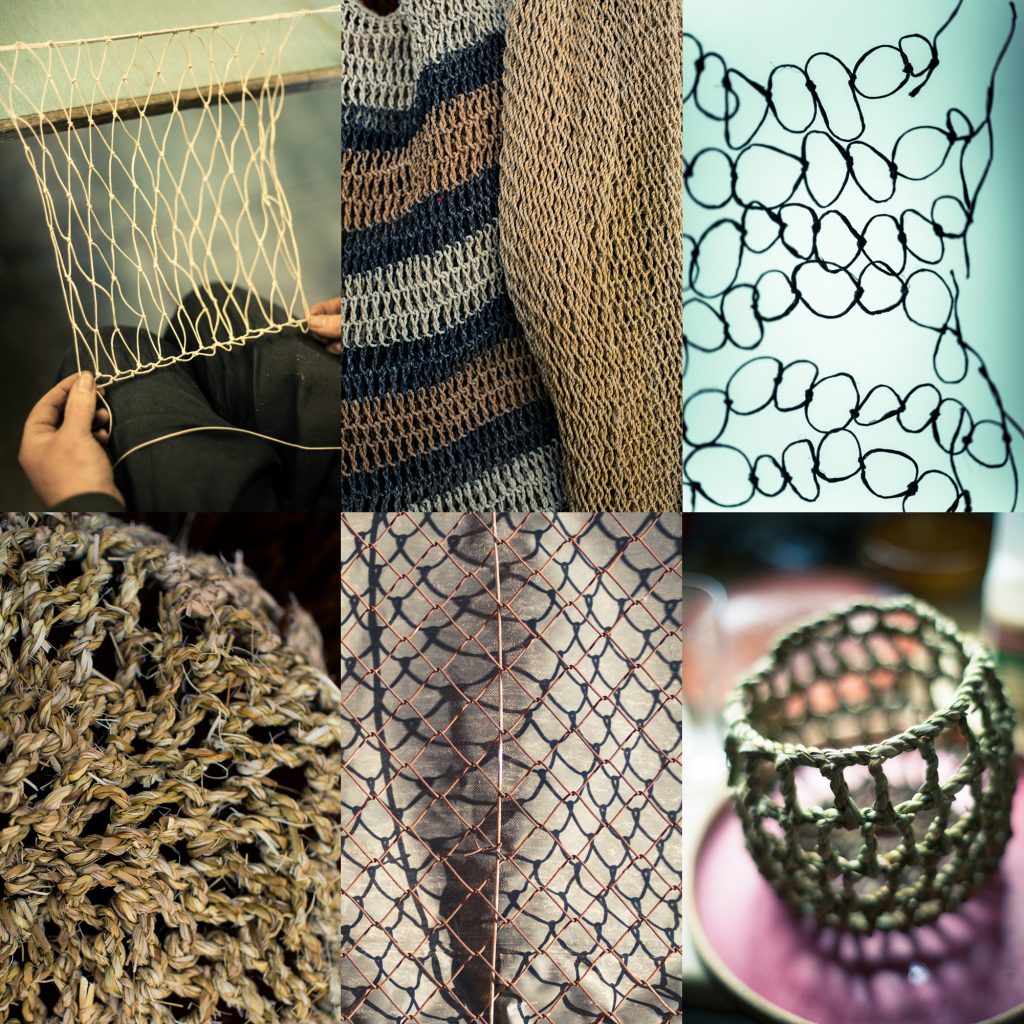 Jun Tomita at Johanniterkirche in Feldkirch, Austria (September 14th, 2018 – Sometime in December depending on temperature)

Feldkirch, Austria will be the site of a one-person exhibition of ikat works by Jun Tomita in Japan. For more information of Johanniterkirche and Feldkirch click HERE.

In Germany, the Korbacher-Museum Dalhausen will be hosting Tim Johnson’s solo exhibition Lines and Fragments. Johnson, who uses a variety of plant materials from his adopted home of Catalonia, combines the specific characteristics of the plant materials with different weaving techniques, both traditional and experimental, in order create endless possibilities for creativity and expression. Line and Fragments will display Johnson’s recent work, while also exploring his 20 years of braiding research. “As a basketmaker working today I look towards combining tradition and experimentation to lead me into new areas. Looking at traditional woven objects in museums and collections we find only part of the story of the making and are left to imagine the life of the object ourselves,” explains Johnson. “The rightness of design and signs of usage in old traditional baskets fascinate me and I hope to capture some of their magic in my own makings. While I’m neither a fisherman nor a farmer and my baskets are not functional, perhaps my work celebrates our woven cultural inheritance whilst creating something that has not existed before.” In the past, the museum has hosted strong exhibitions of traditional basketry work from Spain, Uganda and France. Johnson’s exhibition will be the first contemporary show the museum has ever done. Lines and Fragments will be on display at the Korbacher-Museum Dalhausen from July 15th until September 9th, after which it will travel to Lichtenfels in southern Germany. For more information on Lines and Fragments click HERE. 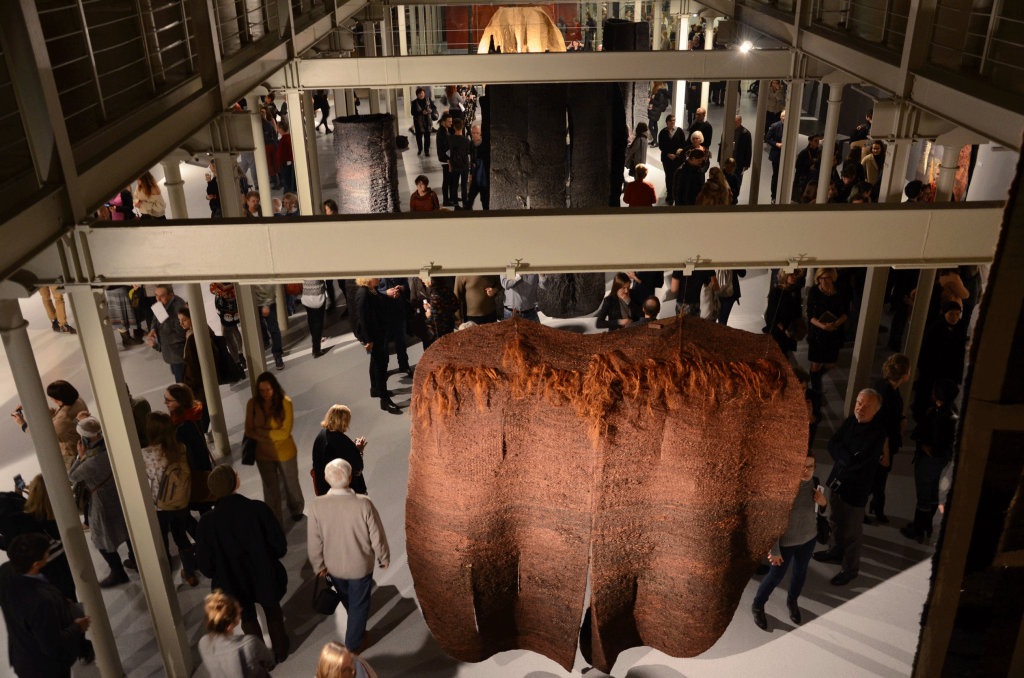 In Łódź, Poland, The Central Museum of Textiles and the Swiss Toms Pauli Foundation opened a collaborative exhibition to pay tribute to Magdalena Abakanowicz. Metamorfizm Magdalena Abakanowicz, which is set to run from May 17th through September 9th, seeks to shed a light on how Abakanowicz revolutionized the field of textile art. Abakanowicz’s international career started in Lausanne at the city’s first Tapestry Biennial in 1962. The exhibition has about thirty pieces of Abakanowicz’s work, ranging from mural creations, sculptures in relief and unusual collages. All of which celebrate the diversity and modernity of Abakanowicz’s artistic experimentation from 1965 to 1985. In addition to Abakanowicz’s work, there will be a screening of Kazimierz Mucha’s movie, accompanied by music composed by Bogusław Schäffer. Mucha’s movie footage examines Abakanowicz’s 1968 open-air art installation in Łeb. The installation’s organic material ’Abakans’ “surrender to the gusts of wind, move and integrate into the surrounding landscape of the wild dunes, accentuating their biological provenance.” Metamorfizm not only spotlights Abakanowicz’s work but also calls attention to the intellectual sources of Abakanowicz’s work. For more information on Metamorfizm click HERE.