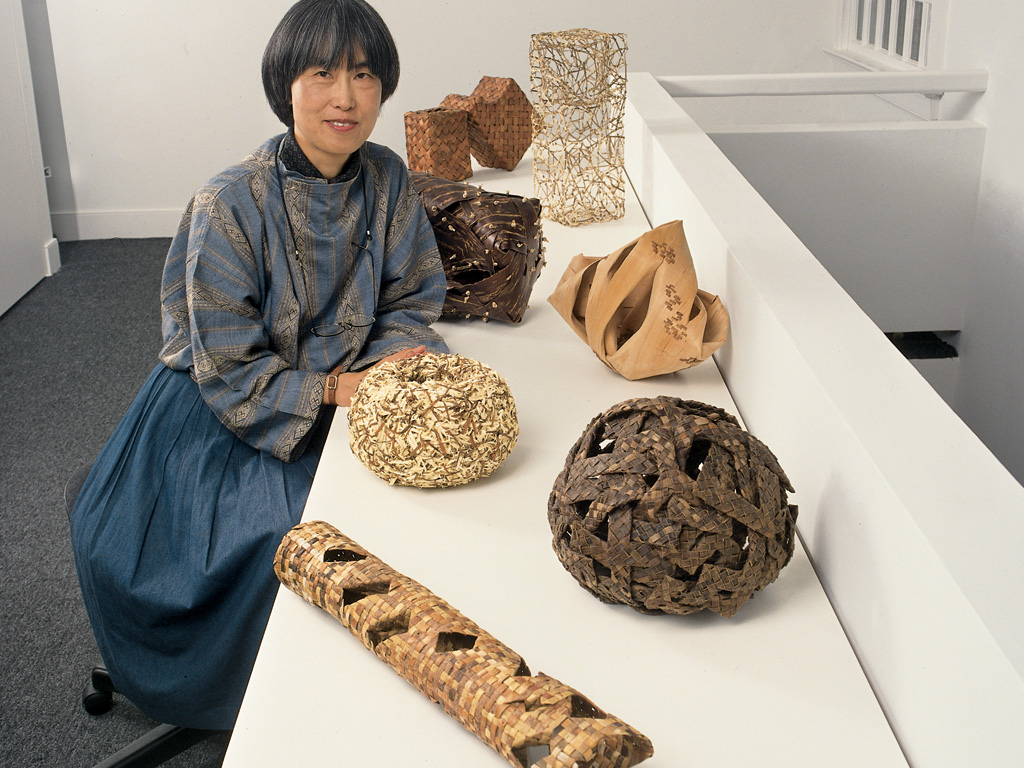 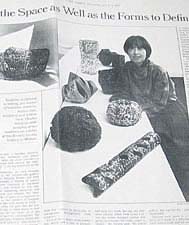 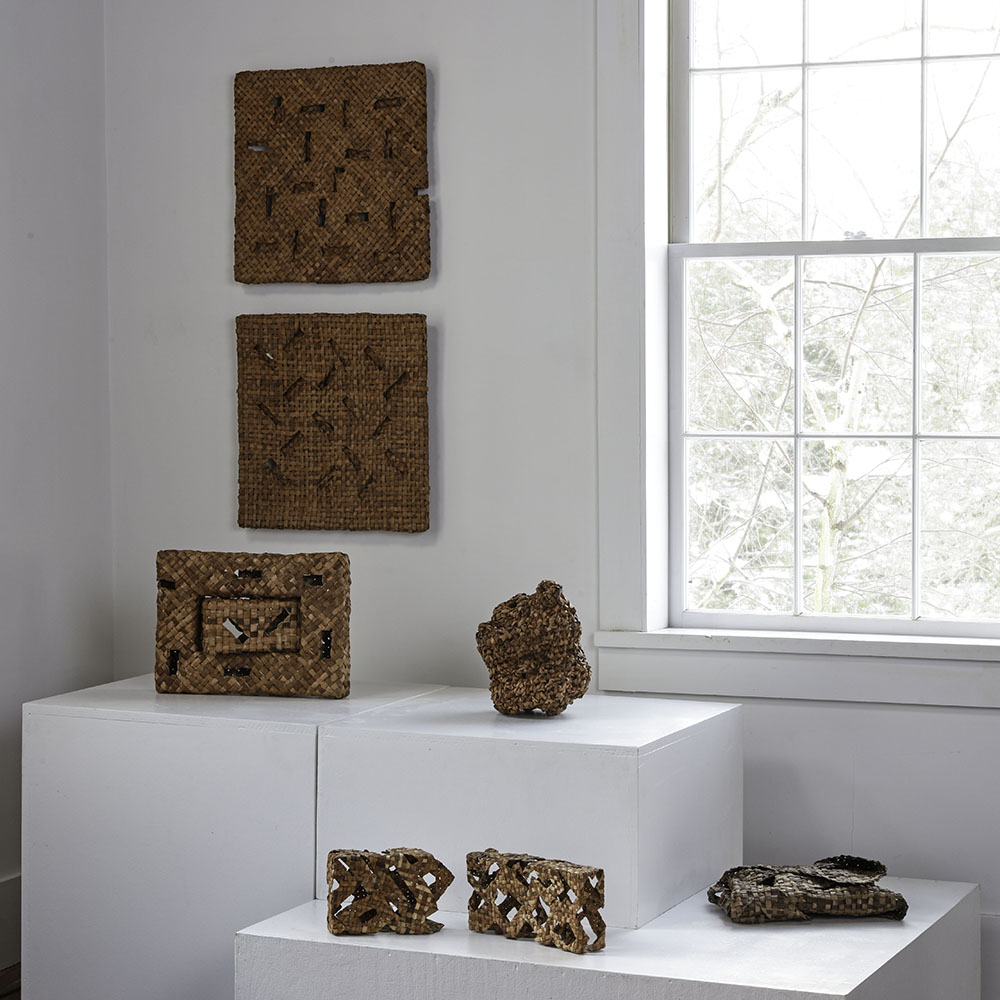 In 1994, when I was invited to show at browngrotta arts for the first time, basket #312 was among the first sales. It was entitled Structural Discussion and made in 1987, same year browngrotta had opened. Around that time, I concluded my classification of baskets into six primary types: looped, knotted, plaited, coiled, warp/weft woven and twined. Since 1987, visions of structural concepts have continued to return to me and have resulted in varying expressions. A set of two square baskets, #434 and #435, Structural Discussion IV and V made in 1997 and 1998, shows the comparison of plaited structure and warp/weft structure. You see in IV oblong negative spaces put in parallel to the edges, while in V they appear sideways at a 45-degree angle to the edges. IV shows the nature of warp/weft structure; V that of plaited structure. I find it interesting, that as you look at the edges of negative spaces, you see the structural elements behave in the same way in both. How things look depends on where or what you look at: either as a part or as a whole? Different names might be given, or might not.
Structural Discussion I, which I also made in 1987, uses plaited cedar, walnut, ginko and willow to highlight angles and openings. 2 to 3 Dimensions and Structural Discussion VI I made in 2016. VI is a basket in a basket that can be shifted to highlight one angle and then another. For 2017, I plan to create another piece in this discussion, to join browngrotta arts in expressing myself being ‘still crazy about it after 30 years!’”
-Hisako Sekijima
1
SHARES
ShareTweet
Subscribe
Next Post
Previous Post