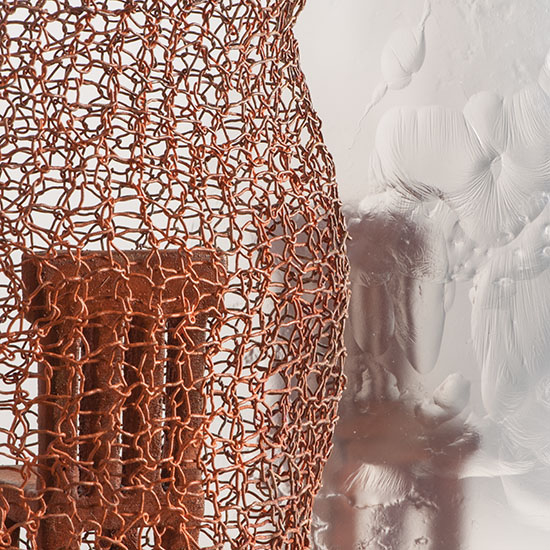 Detail of Open Up to You
by Carole Frève. Photo by Tom Grotta

Influence and Evolution: Fiber Sculpture…then and now, at browngrotta arts From April 24 – May 3, 2015 will include work by Canadian artist Carole Frève, who creates vessels of blown glass and knitted wire. “From 1995 until 1999 I worked with industrial wire nettings,” says Frève. “As I felt limited by these materials, I began to knit the wire. More or less at the same moment I began to explore the technique of electro-formed copper. In 2000, I had the idea of electroforming my copper knitting 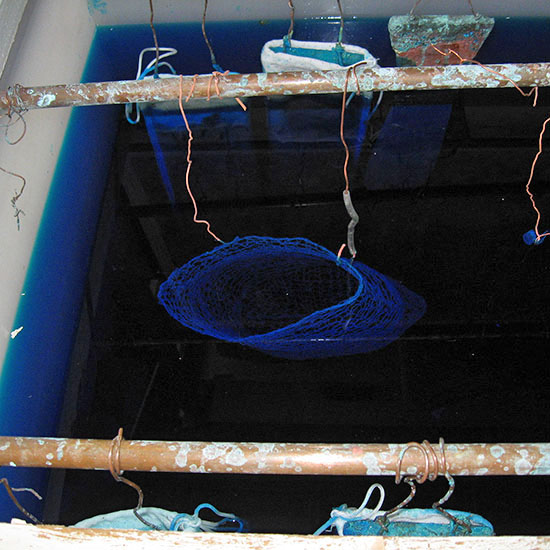 to stiffen it and so to obtain a three-dimensional shape. Since then, I have explored several combinations of techniques to develop a personal artistic language.” Carol Fréve’s grandfather was a blacksmith in Quebec in the early 1900s, forging shoes for the horses that pulled copper from the mines. As Heather Ritchie noted in a 2007 article, ”Carole Frève: Interstices,” in Glass Quarterly, Carole was the only one of his grandchildren who would follow in his footsteps, taking up “a manual trade and working with the fire,” mixing copper and fired glass. Frève first 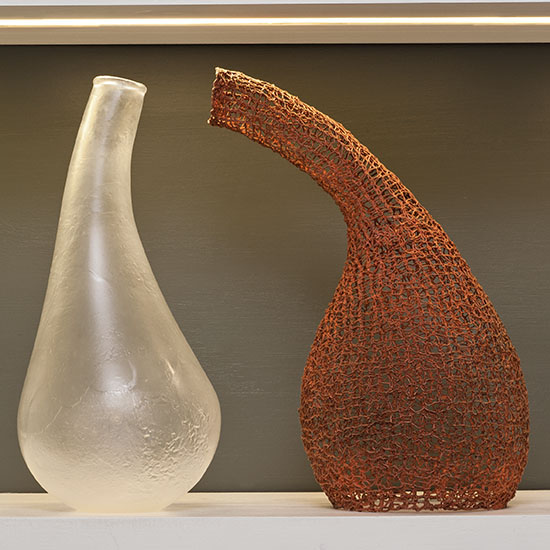 Carole Frève Listen To Me. Photo by Tom Grotta

studied Industrial Design and after graduating in 1992, she completed a three-year glass program and Espace Verre in Montreal. Each of Frève’s vessels conducts, “a converasation with a semblance of itself,“ in Ritchie’s terms, “a conversation between what is and what appears to be; between what we are and the image we project…” Freve’s vessels of glass and knitted copper will be featured in Influence and Evolution, which opens at 3pm on April 24th. The Artists Reception and Opening is on Saturday April 25th, 12pm to 6pm. The hours for Sunday April 27th through May 3rd are 10am to 5pm. To make an appointment earlier or later, call: 203-834-0623.