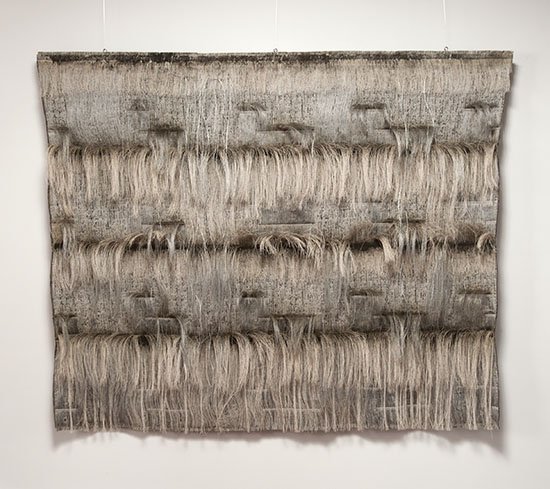 Dimensional weavings by Philadelphia artist, Michael Radyk, will be on display in Influence and Evolution: Fiber Sculpture then and now, opening April 24th at browngrotta arts in Wilton, Connecticut and continuing until May 3rd. Radyk has a BFA from the Tyler School of Art at Temple University in Philadelphia and an MFA in Textiles from the Rhode Island School of Design in Providence. He has been awarded residencies from the Hambidge Center for Creative Arts & Sciences in Rabun Gap, Georgia and the Oregon College of Art and Craft in Portland. Radyk has also 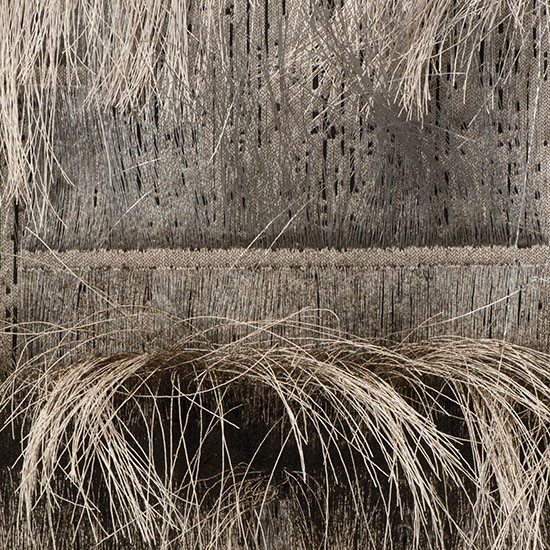 received a Ruth and Harold Chenven Foundation Grant and been awarded the Presidents Prize at the exhibition FOCUS: Fiber 2014, held at the Erie Art Museum and sponsored by the Textile Art Alliance, Cleveland Museum of Art. Among the works we will feature in Influence and Evolution will be weavings from Radyk’s Swan Point series. Swan Point was inspired by research, drawings, photographs done at Swan Point Cemetery in Providence, Rhode Island. For Radyk, Swan Point holds an important place in textile history. Lucy Truman Aldrich, the greatest single donor to the RISD Museum’s textile collection is buried there, along with other notables including early textile manufacturers and industrialists. Aldrich, who was one of the first western women to travel to Japan and China,

donated a beautiful and inspirational collection of Japanese Noh and Buddhist priest robes to RISD. The color and flocking in the works in the Swan Point series comes from the off-white monuments there that are covered in a kind of slow dust. The works in the Swan Point series are Jacquard textiles created to be cut and manipulated after being taken off the loom. “I was trying to bring the artist’s hand back into the industrial Jacquard weaving process,” Radyk says. Influence and Evolution opens at 1pm on April 24th. The Artists Reception and Opening is on Saturday April 25th, 1pm to 6pm. The hours for Sunday April 27th through May 3rd are 10am to 5pm. To make an appointment earlier or later, call: 203-834-0623.