Our 30th Anniversary Catalog Still Crazy After All These Years…30 years in art
was our most ambitious by far. Our 46th catalog, is the largest (196 pages), with the most photographs (186), featuring the most artists (83) and the most artworks (111). So naturally, we are pretty pleased that clients and artists are excited about it, too. We’ve sold a record number of copies since the release a few weeks ago, and it isn’t even listed on Amazon yet. Many of the artists—23 in fact—have written us raving about the catalog.“ 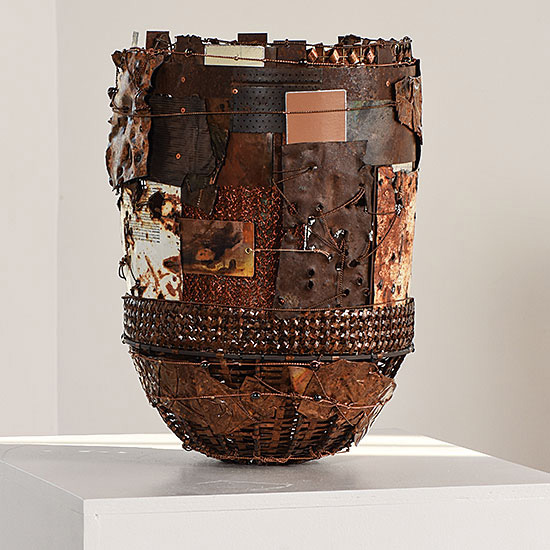 “Very handsome,” pronounced John Garrett who has two works in the exhibition. Kiyomi Iwata, whose piece Southern Crossing Five is included in the exhibition, applauded the catalog as “meticulously photographed and printed” and acknowledged the passion that went into it, describing it as a “real work of love.” British artist Dail Behennah praised it as “…beautiful, full of interest and inspiration.” 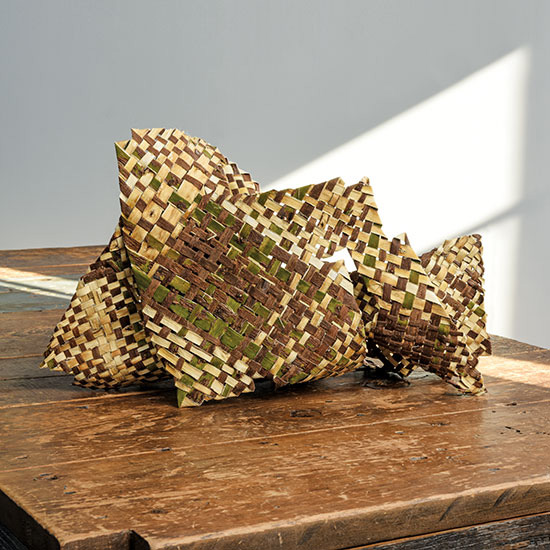 Cordis prize winner Jo Barker felt it was “really stunning seeing the range of work included in the recent exhibition” and was “really proud to be a part of it.”  Gyöngy Laky, whose sculptures are included in the exhibition, found the selection of work for the catalog was “so strong and so creative.” She should know, she’s been in 11 of our catalogs!

Kazue Honma, a basketmaker
who has spent her career radicalizing the field of traditional Japanese basket making wrote “I am very proud of this book including my work. You made me keep going all these years. I cannot say my thanks enough to you.” 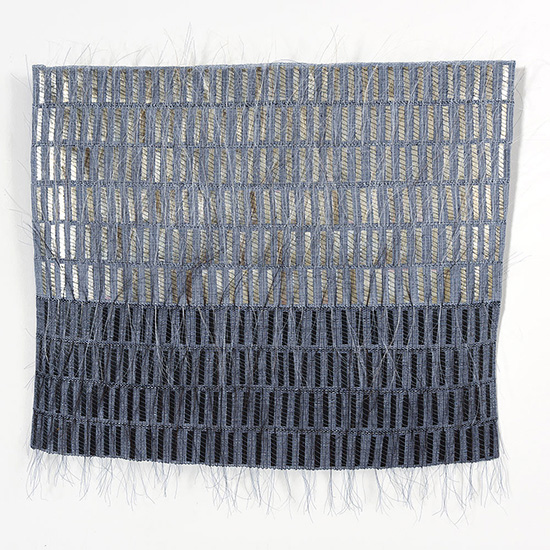 Several of the artists appreciated Janet Koplos’ insightful essay, including Adela Akers, whose tapestry, Dark Horizon is included. She wrote “ Wonderful review of the work and your work during all these years by Janet Koplos. Loved her analysis and description of my piece.” The text is “superb” wrote Dona Anderson, whose work, Otaku is featured. “I really enjoyed reading Janet Koplos’ introduction and her appreciation of your contribution to our field,” wrote Karyl Sisson. Ritzi Jacobi, whose sculptural tapestry, Rhythmic, is found on page 59, noted the comprehensive look at browngrotta arts’ history that Koplos took in her essay, “after all these years the catalog gives one a great impression of your activities and preferences.” 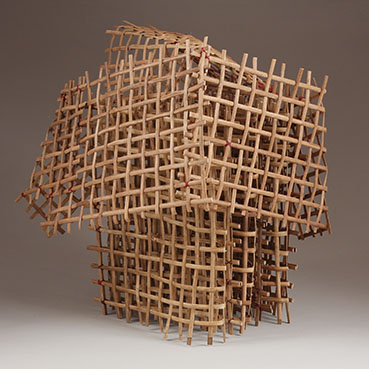 Learn for yourself where we’ve come from and what our artists are up to by ordering your own copy of
Still Crazy After All These Years…30 years in art HERE. 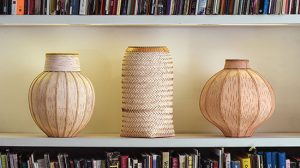 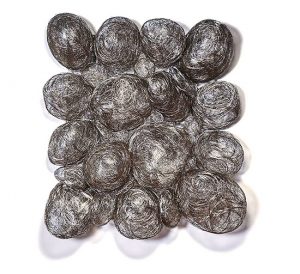 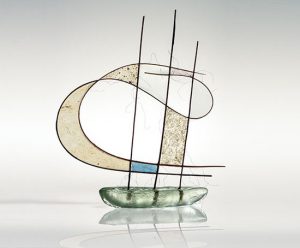 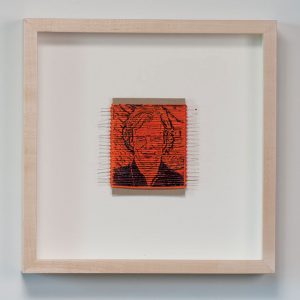 The Gathering, a Lecture and an Artist Q&A 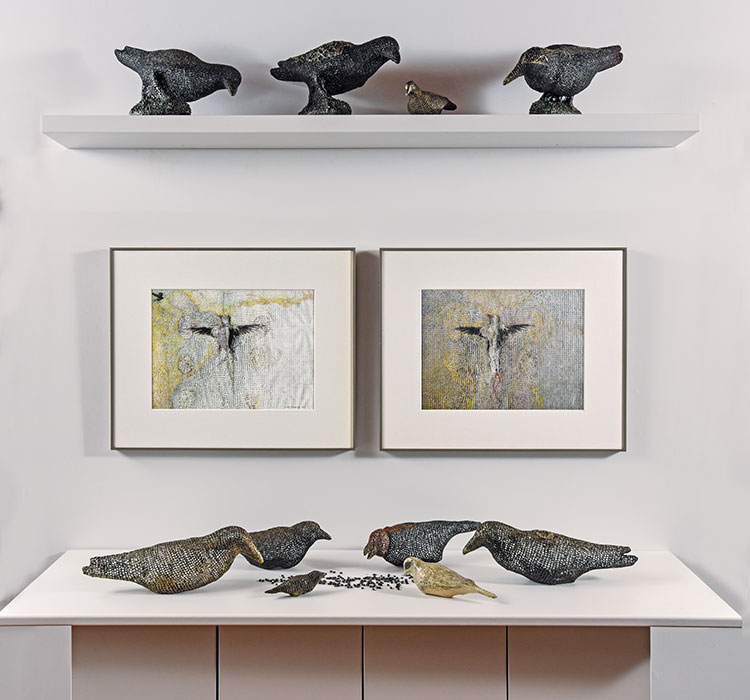 Next month, browngrotta arts will present an eye-catching installation from Norma Minkowitz‘ series, The Gathering in it Booth 921 at SOFA Chicago (November 3-6). Minkowitz is known for intricate pen-and-ink drawings, collages, crocheted wall works and three-dimensional mixed media sculptures. Her work is included in the permanent collections of the Metropolitan Museum of Art, New York, New York, Renwick Gallery, National Museum of American Art, Smithsonian Institution, Washington, D.C., Museum of Arts and Design, New York, New York, Montreal Museum of Fine Arts, Canada, Philadelphia Museum of Art, Pennsylvania and the Wadsworth Atheneum, Hartford, Connecticut (where t s currently on display in the exhibition, SHE: Images of Female Power from the Permanent Collection, through April 2, 2017). The Gathering at SOFA will combine three-dimensional, life-sized birds, rendered in stiffened, crocheted linen, and gut with pen-and-inked detail with meticulously stitched drawings of bird flight, captured at high speed. 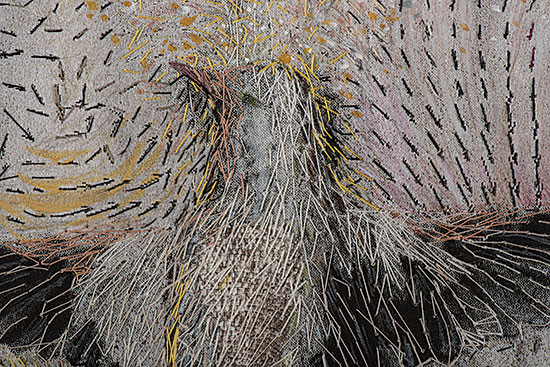 The artist’s new multimedia work, Are We the Same?, will also be on view in one of SOFA’s public spaces. Minkowitz will attend the opening of SOFA on Thursday evening and will speak about her work as one of three artists in the panel, Fiber Art in Three Dimensions: A History and Discussion of Fiber Art Off the Wall at 10:30 a.m. to 12 p.m., Lecture Room B on Friday November 4th at the Navy Pier. At 2 p.m., on Friday, Minkowitz will be at browngrotta arts Booth 921 for an Artist Q&A. For more information, visit: http://www.sofaexpo.com. 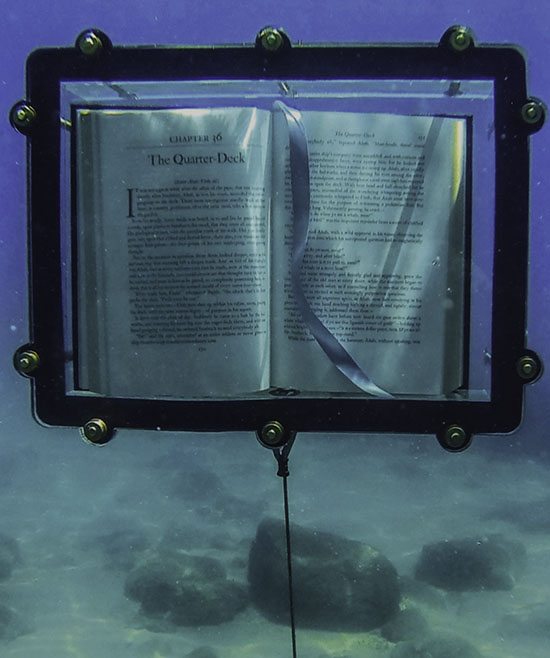 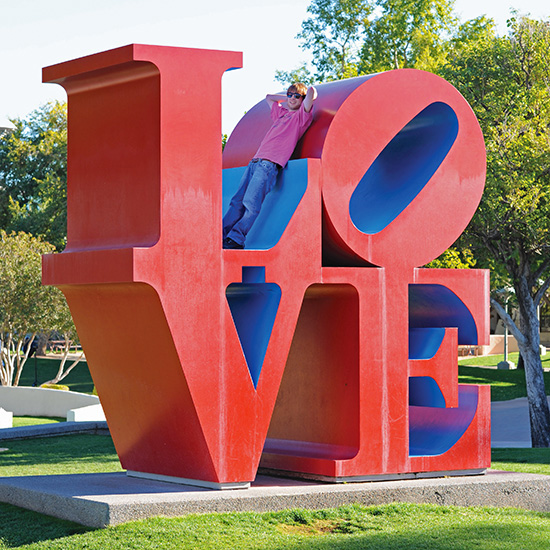 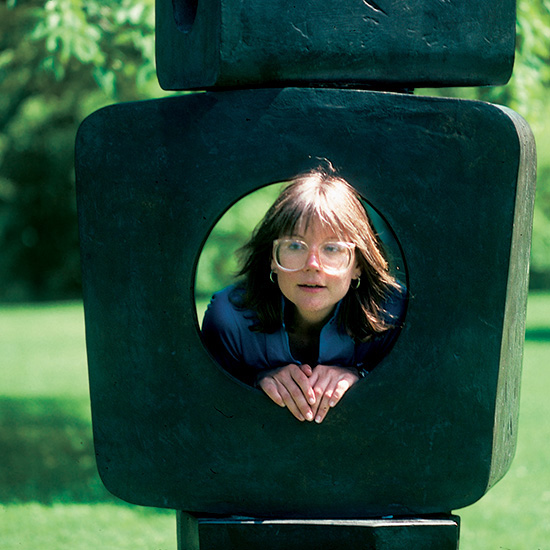 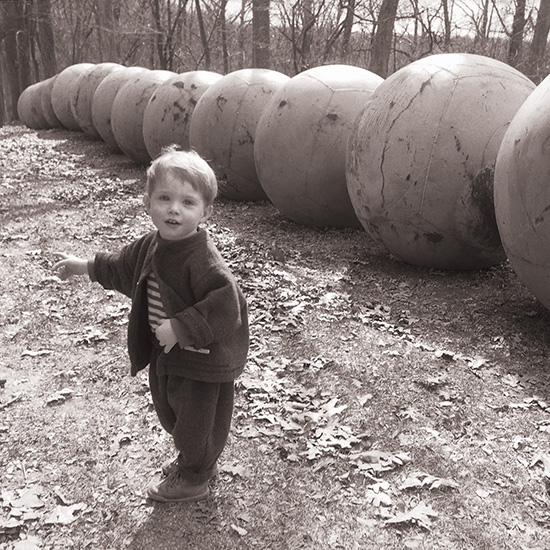