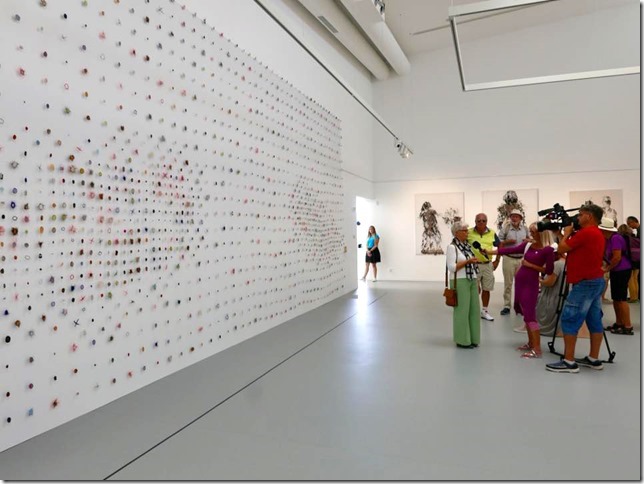 Marian Bijlenga being interviewed in front of her work, Large Sampler Dots, Photo by Simon Oud.

Marian Bijlenga‘s significantly sized work, Large Sampler Dots, was awarded the Grand Prix of Božena Augustínová at the 5th Triennial Textile Art of Today exhibition at the Danubiana Meulensteen Art Museum in Bratislava, Slovakia. Four hundred artists from 49 countries across 5 continents participated in the competition. Irina Kolesnikova, now of Germany and Joanna Zemanek of Poland were among the artists selected to participate. Zemanek was awarded the Visegrad Award. You can learn more about the work and Bijlenga’s process on the Textile Art of Today site HERE. 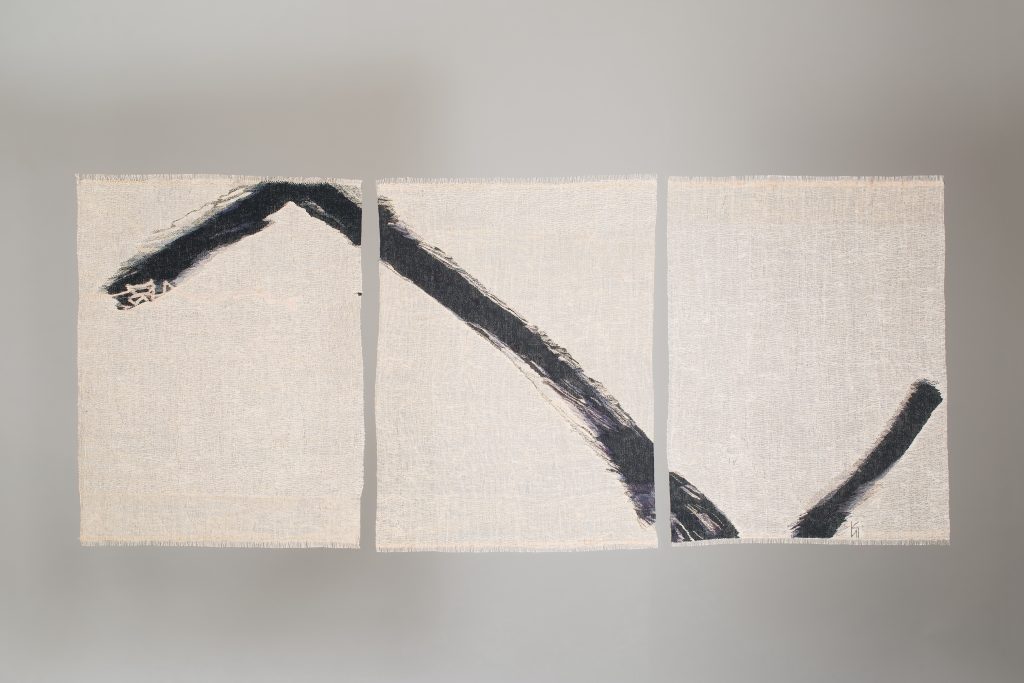 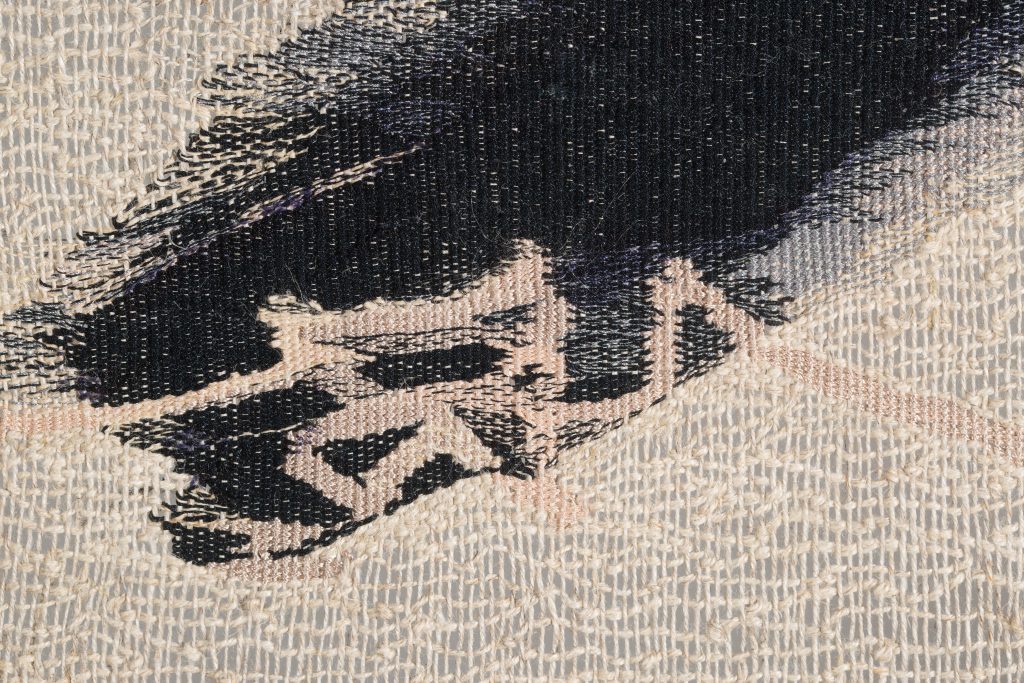 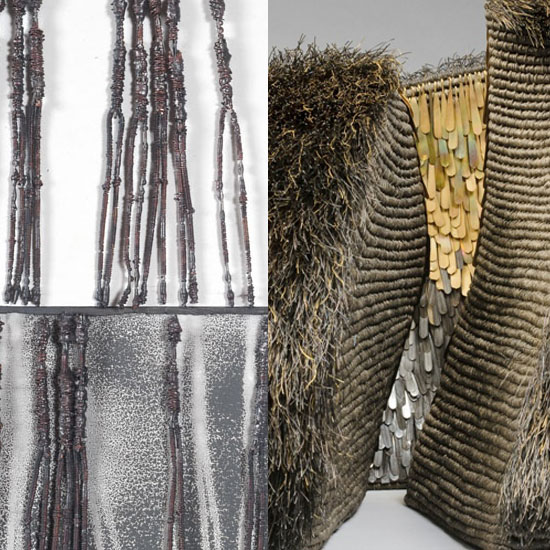 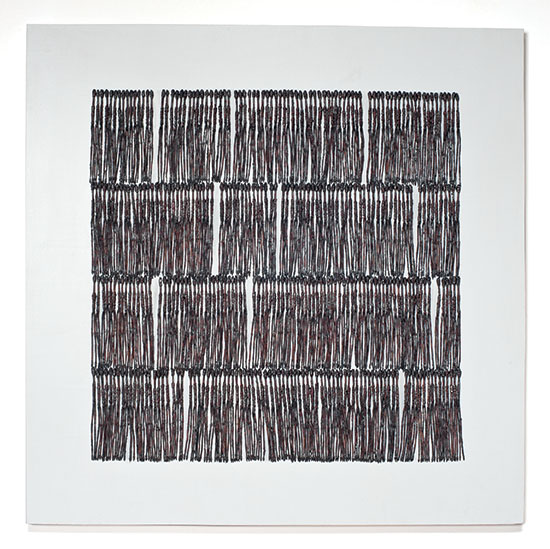