Art Update: What’s On in America and Abroad 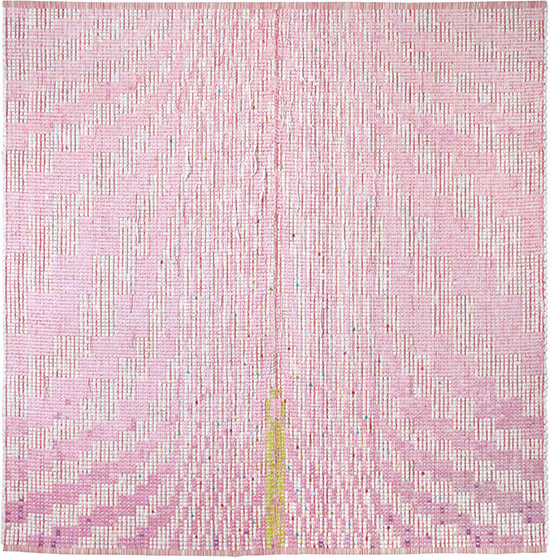 Several artists represented by browngrotta arts are included in exhibitions in Europe and the US this Spring. Among the largest is Artapestry3 at the Jean-Lurçat Museum of Contemporary Tapestry in Angers, France. This is the third is edition of Artapestry3, an initiative launched by the European Tapestry Forum (ETF). The event contemporary  offers visitors an unusual perspective by aligning the works of 25 international textile artists, including Ane Hendricksen and Grethe Sørensen, with the Museum’s collection, which includes work by such artists as Paul Klee, Alexander Calder, Thomas Gleb, Magdalena Abakanowicz and Jean Lurçat. Also included in the exhibition are examples of traditional tapestry works whose iconographic repertory has inspired contemporary creation. The exhibition is structured around nine major themes that enable comparisons between the contemporary pieces that form part of Artapestry3 and the more traditional works from the Angers’ collections. Among these themes, in the Vitality section, a visitor may discover the Red Sun tapestry by Alexander Calder (1919-1976) alongside the lively motifs of Ariadna Donner’s The wolf crossed the road. In the Object section, visitors can admire Temps passé by Pierre Daquin (1936) next to Ivete Vecenáne’s The Bowl. The exhibition runs through May 18th. For more information visit the event website: musees.angers.fr/expositions/en-ce-moment/artapestry3-angers-allers-retours/artapestry3-angers-allers-retours/index.html. 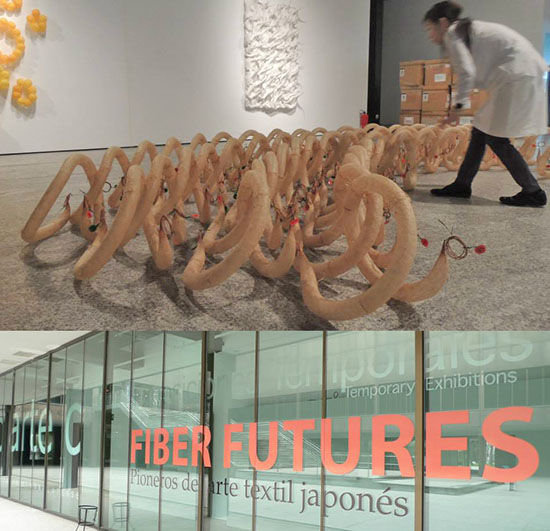 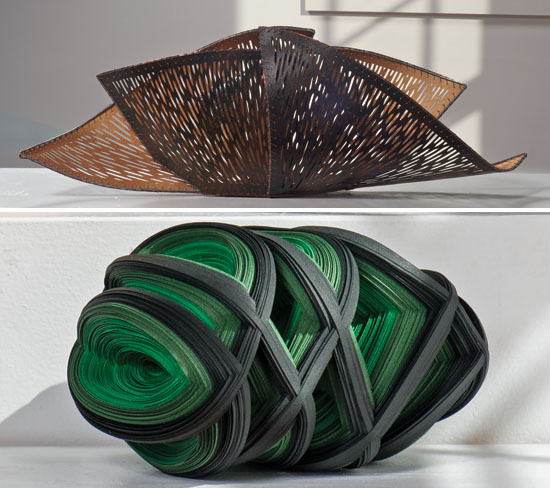 In the US, in Mesa, Arizona, Norikko Takamiya and Jennifer Falck Linssen join an inventive group of artists working with paper.Fold, Paper, Scissors runs through August 10, 2014 at the Mesa Contemporary Art Museum. The Opening Reception is Friday, May 9th from 7 to 10 p.m. (We’ll be there!) The Mesa Contemporary Arts Museum at Mesa Arts Center is at One East Main Street, Downtown Mesa, Arizona, for more information, call: 480-644-6560 or visit:  www.MesaArtsCenter.com. 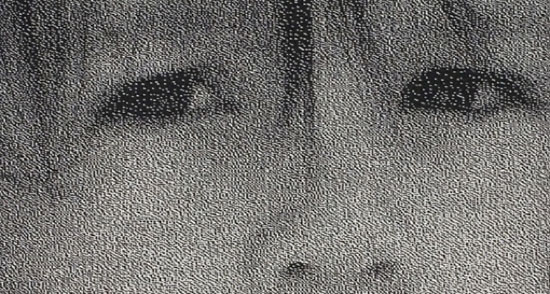 Lia Cook’s work is the subject of a one-person exhibition at the Drapers Gallery in Liege, Belgium. Lia Cook: Icons Jacquard highlights faces woven in large scale on a Jacquard loom. For more information visit the Gallery’s site: www.lesdrapiers.be/events/lia-cook.

Exhibit News: Opportunities to see the work of artists represented by browngrotta arts abound this summer from New York to New Jersey to the Netherlands

Thirty-one international artists, including Wendy Wahl (US), transform books of words into works of art.

The 2010 Holland Paper Biennial is an exhibition of work by international paper artists taking place in two museums. A special selection of papers and books will be added to the usual range of products in the museum shop for the duration of the exhibition in Museum Rijswijk. The traditional paper fair will be held in the courtyard at the front of Museum Rijswijk and in the Oude Kerk (Old Church) opposite on Sunday September 12th. Jewellry and collage made of paper get special attention at this biennial. Closely related to these jewellery pieces, is the work of Noriko Takamiya (Japan). Using the traditional Japanese craft of basketry as her starting point, she develops new forms and techniques. She winds layers of thin strips of paper around each other, interweaving them into Escher-like objects. Three artists, Desiree de Baar (the Netherlands), Christophe Piallat (US) and Birgit Knoechl (Germany), have been asked to create installations using the dramatic architecture of the CODA building.

Curated by environmental artist Abigail Doan, the works in this exhibit offer up new ways of thinking about “fiber” as a basis for how we might (re)fashion our lives, our patterns of consumption, and our personal style. Among the Invited artists and designers include: Abigail Doan, Atefeh Khas, Brece Honeycutt, Abigail McEnroe, Kaori Yamazaki, Mackenzie Frere, Melissa Kirgan, Meiling Chen, Michelle Vitale Loughlin, Renata Mann, Sibyll Kalff, Tara St. James, Tara Goodarzy, Xing-Zhen Chung-Hilyard and Ceca Georgieva (Bulgaria), who has creted jewelry of vegatation.

Faces & Mazes is part of Person Place Thing, which also features exhibits of the work of David R. Harper and Steven Schofield.  Cook, Harper and Schofield make work that is physically demanding and large in scale — wall-sized weavings of children’s and doll’s faces; sculptures of embroidered and taxidermied animals; and massive human figures made of textiles frozen in time. They draw the viewer into woven, embroidered and sewn narratives of nature, identity and history. As the faces in Lia Cook’s weavings fragment, a perceptual shift occurs, moving through a place of transition and ambiguity to reveal the physical, tactile nature of the constructed image.

Among the artists invited to participate are Nancy Koenigsberg (US); Aleksandra Stoyanov (Israel) and Anda Klancic (Slovania), whose work was “highly commended: by the interntional jury that includes artist Kyoko Kumai (Japan).

Intertwined provides an international look at contemporary basket making, offering insight into the evolution of the basket from a useful object to a work of art and challenging the notion of what defines a basket. The exhibition includes more than 70 traditional and non-traditional baskets.  Among the artists whose work is included are:  Ed Rossbach, Katherine Westphal, Sally Black, Kiyomi Iwata, Dorothy Gill Barnes, Carol Eckert, John McQueen, John Garrett, Ferne Jacobs and Norma Minkowitz.

In Knowlton’s view, “[the] process of transference, and of the imagined, is what seems to drive the artist: an exploration between real/physical/tangible and tenuous/ ethereal/potential. On the one level, there is the dynamic between negative and positive space constructed through paper carving, air and light passing through the small pieces of fiber cut away from a larger whole. But there is also the sweep and curve of a vessel filled with…nothing, but in this sense, everything — all of the potential of the absence of the missing elements. This is where Linssen’s sculpture becomes water, or fire, in that essential empty space at once created and surrounded by earth and air elements.“