Dispatches: Los Angeles for The Box Project Exhibition at the Fowler Museum

In the 2000s, collector Lloyd Cotsen and his then-curator the late Mary Kahelberg began what would become The Box Project: Uncommon Threads, commissioning 36 international, contemporary artists to work within a given set of parameters. They were challenged to work within the confines of an archival box—to create one-of-a-kind works of art. What followed were years of fascinating correspondence with the artists who would participate in the project. As expected, each interpreted the challenge in his or her own way, resulting in an exceedingly diverse collection of works that reflects the artists’ skill and creativity. Most of the pieces in the show are presented in their accompanying 23″ by 14″ by 3” or 14” by 14″ by 3″ boxes. 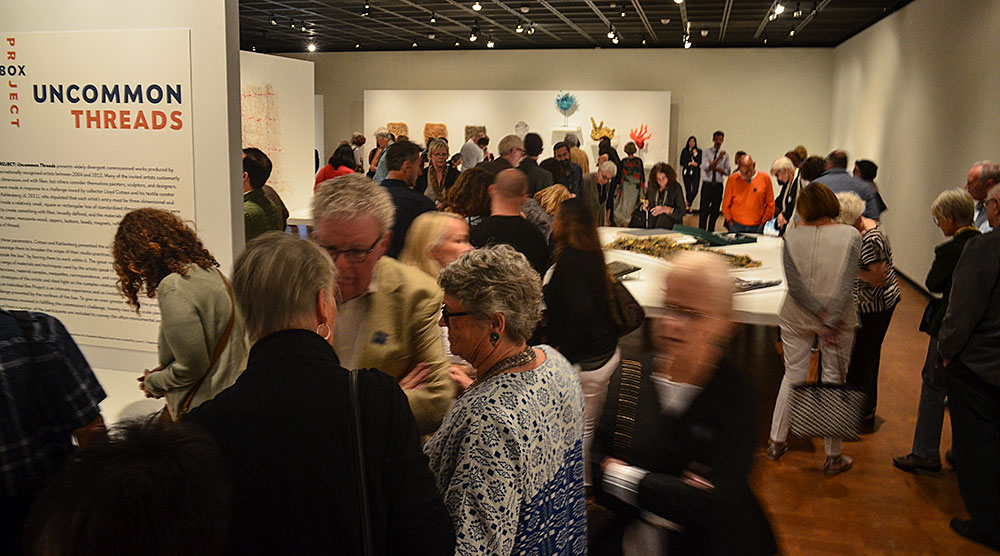 The Box Project Exhibition at the Fowler Museum Opening

The exhibition showcases these skilled artists’ ingenious use—and often-expansive definitions—of fiber, while exploring the collector/artist relationship. The exhibition couples the box commissions with other examples of the participating artists’ larger works. Also included are some of the letters and drawings and maquettes for the exhibition — a fascinating glimpse of the creative process. 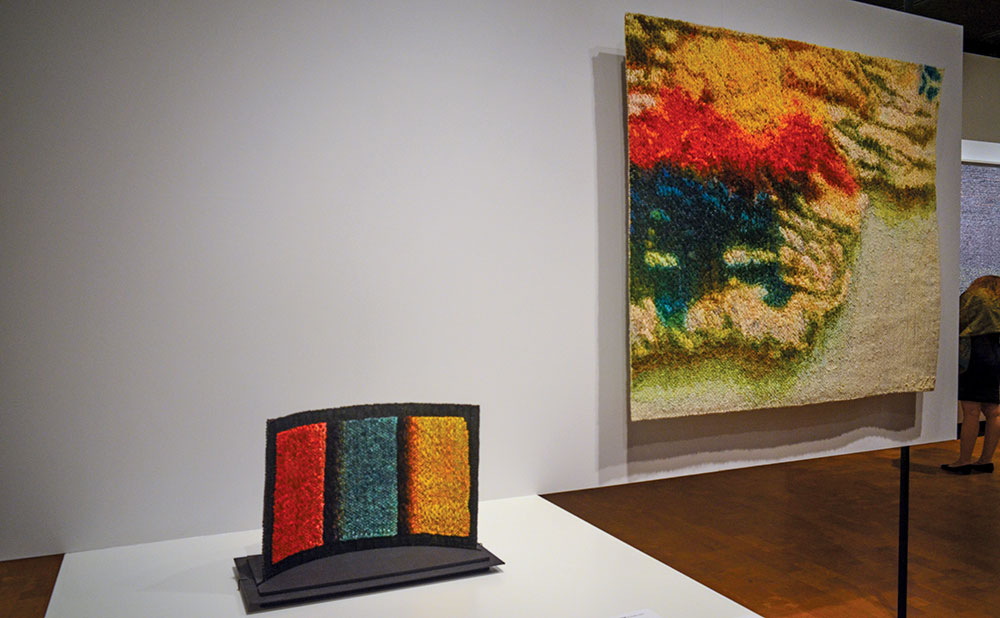 Helena Hernmarck’s “box” installation and one of her larger tapestries. Photo by Tom Grotta 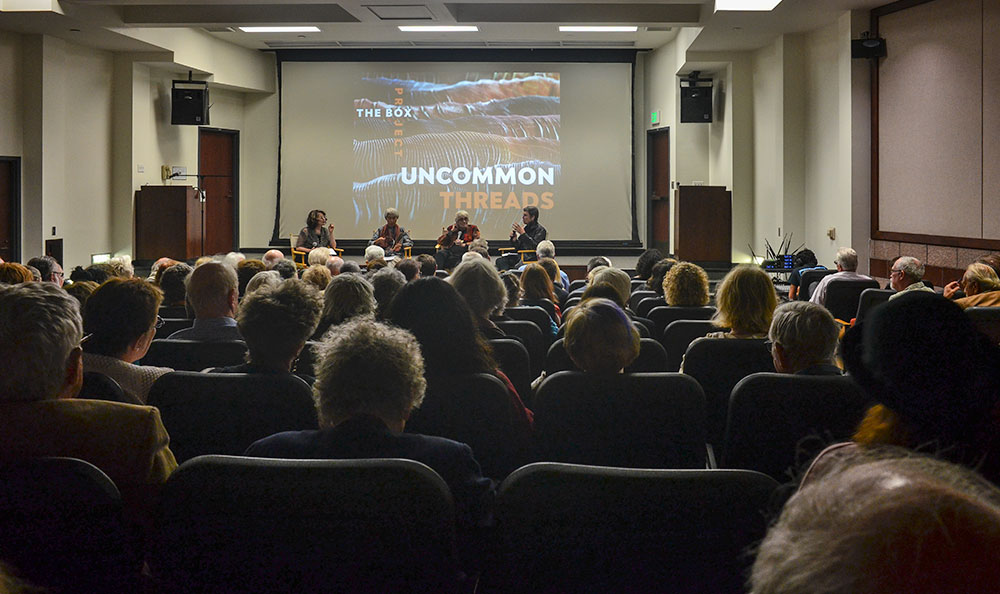 On September 10th, three of the artists involved, Gere Kavanaugh, Gyöngy Laky, and Hisako Sekijima joined the curator of the Cotsen Collection, Lyssa C. Stapleton, in a conversation about their respective processes and resulting “boxes.” We were fortunate to attend their talk and to catch up with a number of artist, collector and curator friends. 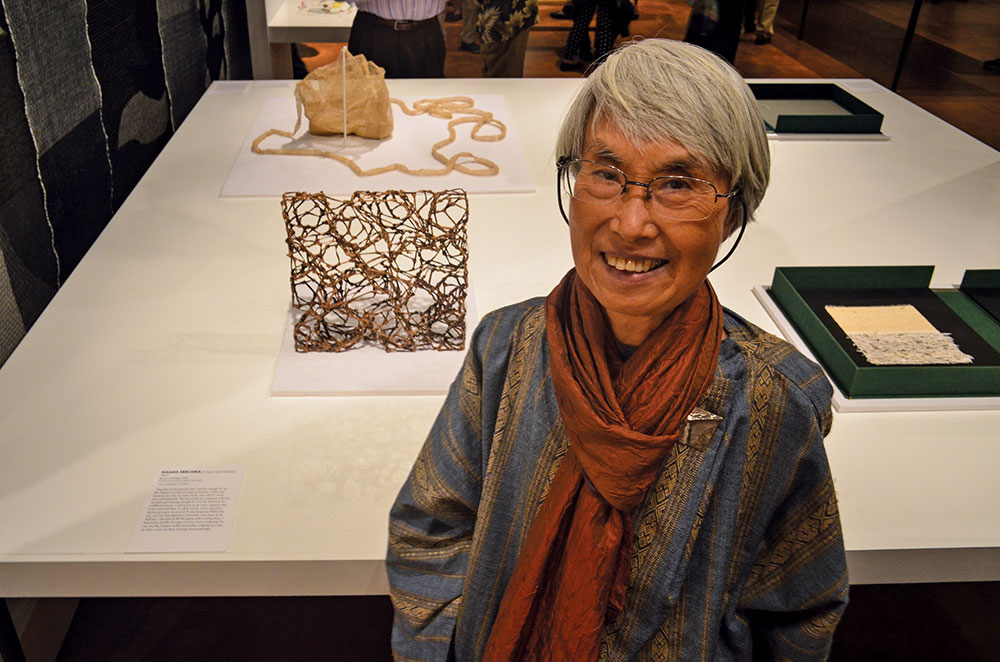 Hisako Sekijima in front of her box project. Photo by Tom Grotta

“The box is a technical tool and also a spatial construct,” Sekijima told the audience, “which gave me freedom.” The artist used the box, she explained, as a mold in which multiple baskets were integrated whole.” Kavanaugh spoke at length of her work as a designer for Lloyd Cotsen, including her design of the brightly colored Neutrogena headquarters.

Laky talked about her work and the influence of the environment and feminism on her work — including her free-standing word sculpture, Slowly, composed of letters that can be read as LAG or GAL, and which was motivated by Laky’s efforts in improve gender equity in hiring in the University of California system. 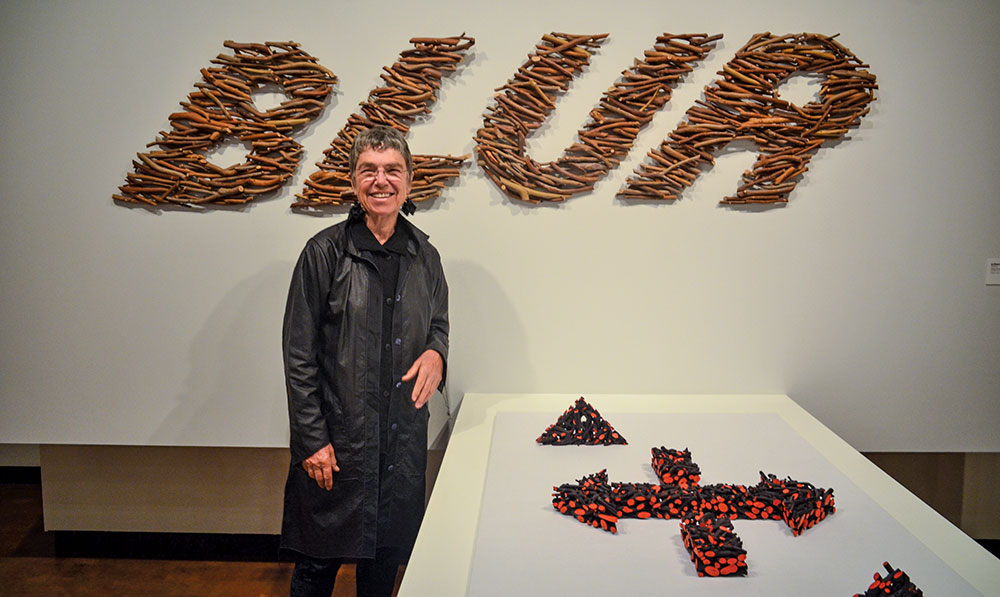 Gyongy Laky with her box project to the right and a larger work above. Photo by Tom Grotta

On October 14th, in Culture Fix, Lacy Simkowitz, curatorial assistant at the Cotsen Collection, who worked closely with artists featured in The Box Project, will discuss how the exhibition developed. From mining the archives to decisions about the exhibition checklist, Simkowitz played a key role in the development of the traveling exhibition. In this gallery talk, she will discuss case studies by James Bassler, Ai Kijima and Cynthia Schira and she share behind-the-scenes stories about the exhibition planning process. 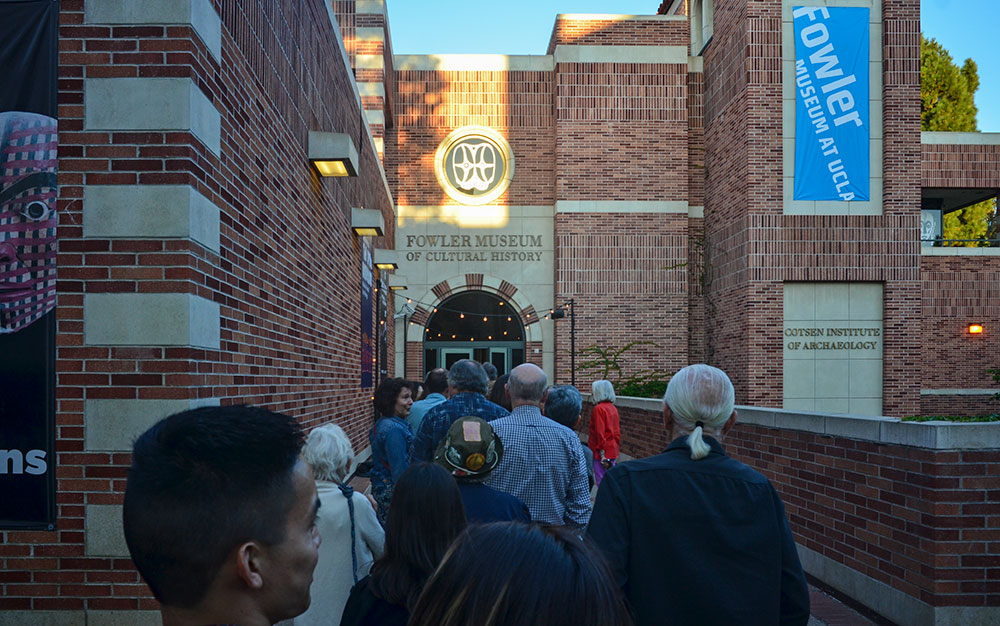