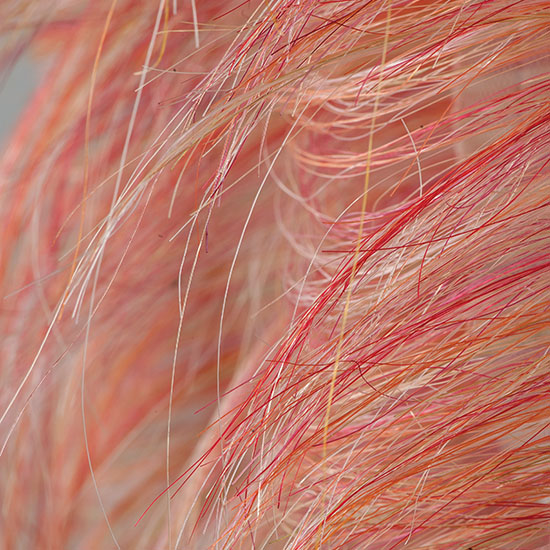 Marianne Kemp of the Netherlands is another of the artists whose work will be included in Influence and Evolution: Fiber Sculpture then and now at browngrotta arts’ barn in Wilton, Connecticut from April 24th through May 3rd. Kemp uses unconventional weaving techniques to create works of character that combine texture, color and movement. She specializes in weaving with horsehair. 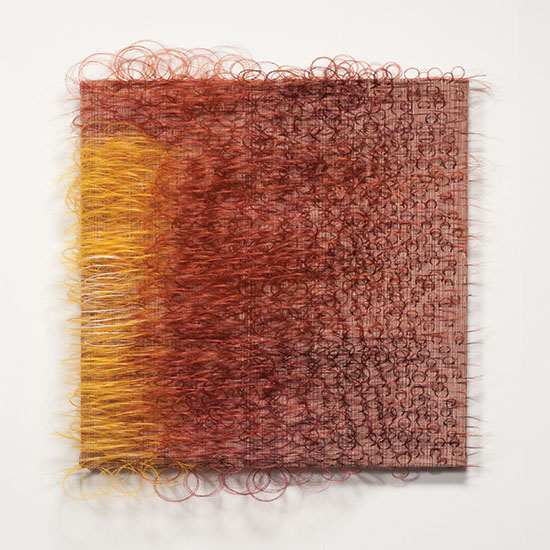 Her exclusive fabric designs feature serene recurring patterns that create an inner stillness. Other work is extroverted and playful, reflecting an exuberant cheerfulness. An expressive colorist, Kemp has collaborated with designers from different disciplines to develop new patterns and textures into woven textiles, three-dimensional objects and 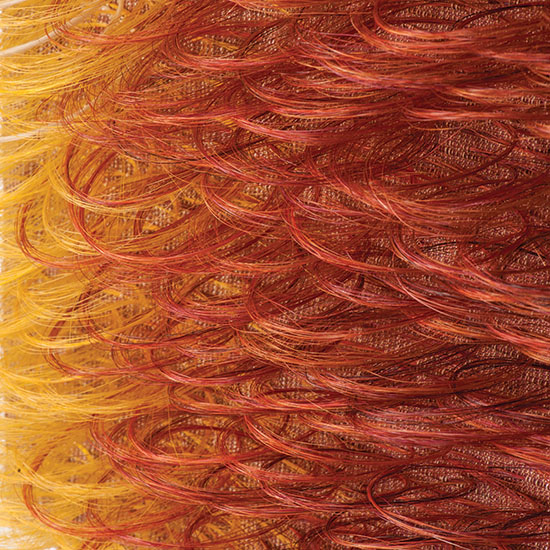 installations. Viewers want not only to see each work by Kemp, but also to touch them. Her woven upholstery fabric is also available as The Marianne Kemp range, mechanically woven at John Boyd Textiles, UK.