Home / Documenta 13: The Book of Books

Tag: Documenta 13: The Book of Books 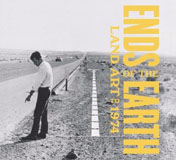